Today I’m blogging, on the road, from Thompsonville, Illinois, population 600 (at least according to the sign as you come into “town”). Believe it or not, this little town hosts an amazing Christian TV network that reaches every inhabited continent on this earth. Yes, 3 Angels Broadcasting Network (3ABN) is what I’m referring to and what brings me to this part of the midwest. I’ve been invited to present on the cooking show for their flagship program 3ABN Today and it’s been quite an adventure and learning experience being here for filming. 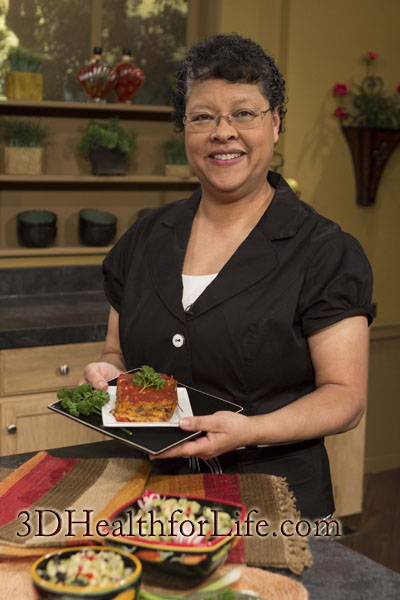 My first invitation to participate with them involved filming several programs at the end of last year (more about them later) and now I’m back to do a few more! They film for the Spanish language network, 3ABN Latino, here as well and so I’ve found myself doing programs in both languages with the goal of encouraging healthy eating choices and showing how to prepare plant-based dishes that are simple but tasty.

Having never presented for TV before, it has certainly been both interesting and fun! Here are some of the things I have learned: 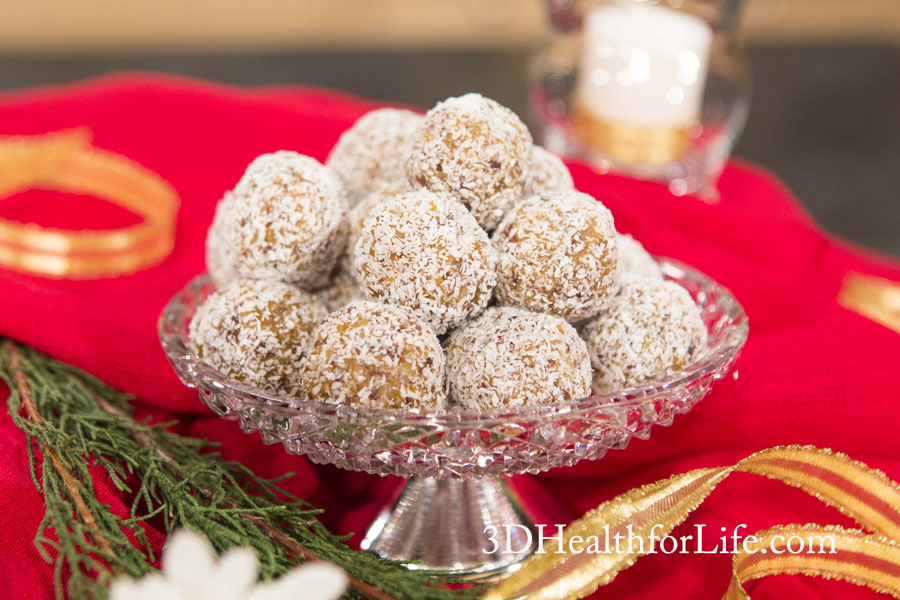 I’d like to share with you one of the recipes that was a real hit with the crew (yes, they get to eat the goods when they finish filming the program – what a perk!) on my first visit here last December. It was a simple, healthy dessert called Fruity Chews.

Grind the dried fruits and nuts together through a food processor or meat grinder. Mix in the salt by hand. Shape into cherry-sized balls or little logs and roll in the coconut. Store in a covered container in the refrigerator until served.

Note: any combination of dried fruits may be used.